Why is Svelte getting so popular? 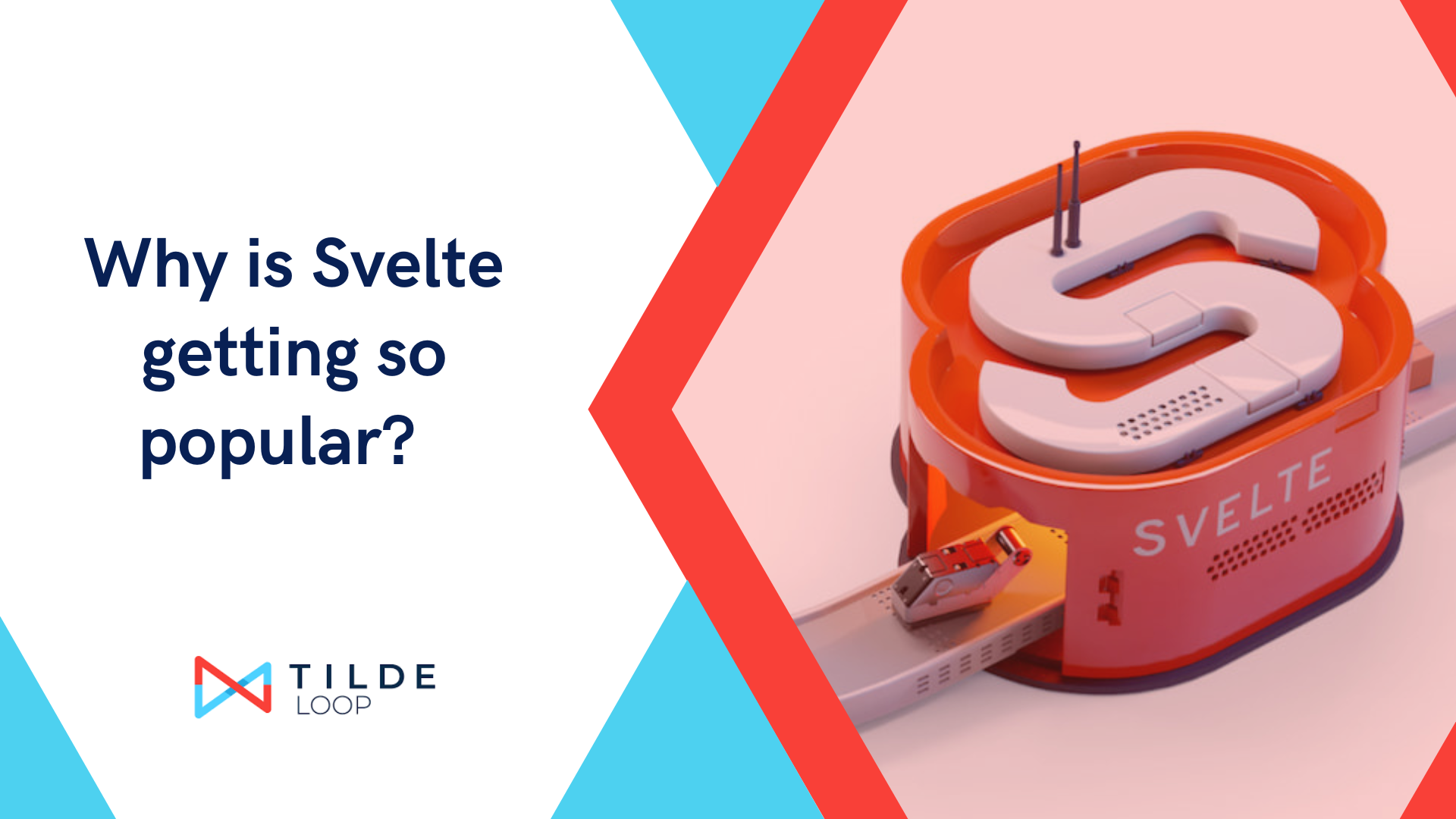 Since the release of version 3 in April 2019, Svelte has been the news. But why is that? What is driving this popularity? What makes it unique? Can Svelte be considered the heir to the popular front-end JavaScript frameworks? There are so many questions and we will try to answer them in this blog post.

There are always many options in the development world, especially when it comes to setting up a production environment, and Javascript frameworks are no exception. Svelte is the newest kid on the block.

We all know how React, Vue, and Angular are great for modern web development, but Svelte, may be unfamiliar to some.

All of the development tools available on the market today are of high quality, and sometimes the decision to use one tool over another is based on personal preference and passion rather than an objective “this is better than that” assessment. However, Svelte’s potential is very impressive, prompting some users to abandon previous projects written in React and Vue in favor of Svelte.

Rich Harris, the graphics editor at The New York Times, created Svelte in 2016.

Svelte, like React and Vue, is a JavaScript framework/library. In general, it is a collection of components, tools, and rules for building the structure of websites and applications using JavaScript. Svelte, on the other hand, has created its own, unique method of allowing developers to build exactly what they need and want. Svelte is sometimes referred to as a compiler because of its novel approach.

React and Vue uses a virtual DOM in the browser, which results in some performance issues. The DOM (Document Object Model) is a web page interface. It is a programming interface that allows programs to read and manipulate page content, structure, and styles. It’s similar to temporary memory storage for interface changes.

Svelte, on the other hand, does not use a virtual DOM, instead compiling code into tiny, pure Vanilla JS. As a result, the code runs much faster from the start, making a potential app product much lighter and easier to use. This is the first and most noticeable difference that Svelte has brought to the coding world.

The basic idea behind SvelteKit is to streamline the application’s entire stack into a single, standardized, file-based layout. This design is then used to ensure a consistent development experience across multiple production environments.

SvelteKit takes a different approach than popular front-end frameworks such as React, Vue, and Angular. Svelte goes through a compilation step because these frameworks do the majority of the work in the user’s browser, such as handling a virtual DOM. As a result, high-performance, browser-friendly JavaScript with small package sizes is produced.

While the Svelte application build process is the framework’s most notable innovation, it’s also very easy to learn, has excellent documentation, and comes with developer testimonials.

Why is Svelte Getting More Popular?

Now that we know Svelte is becoming more popular and praised, let’s look into some of the reasons for this. They could even be the next answers to why Vercel purchased Svelte along with SvelteKit.

-Svelte.js enables the creation of applications that, once compiled, are extremely small in size. It does not include a runtime, as React and Vue do.

-Its source code is simple for developers to understand. Svelte.js combines logic (JavaScript), structure (HTML), and style (CSS) into a single file. As a result, the code is easier to read and maintain. Guillermo Rauch, Vercel’s founder, and CEO, has even stated that Svelte is much easier to learn than React – an environment he’s been familiar with for years.

-The elements listed above are compiled in the.svelte file. Because Svelte.js does not include a virtual DOM, it functions more like a compiler and thus gains speed.

-All components of Svelte apps are compiled into independent JavaScript modules. The preview window allows the developer to monitor the execution and stability of the compiled program at any time. As a result, the final script is very light and quick to run. Its performance is expected to be several times that of React.

-You won’t have to worry about error-prone CSS components as a web developer. You can use HTML markup or simplified XML files that Svelte.js will interpret.

How do developers see it?

From the perspective of a developer, Svelte simply appears to be much easier to write with. Furthermore, it is not difficult to deduce that Rich Harris was tired of all the tedious abstractions and necessary standard code that existing frameworks force developers to learn. This is a very practical aspect of the tool, and it speaks directly to those who are involved in the coding process.

Here are the top ten reasons why developers recommend Svelte to any new web developer learning to code:

7. The Style Is Set by Default

What’s more promising is that, even at its current stage of development, Svelte was recently purchased by Vercel, a true web development powerhouse. It is, indeed, very good news for the future of this framework.

JS software development software development project svelte sveltekit why is svelte getting popular why use svelte
We use cookies on our website to give you the most relevant experience by remembering your preferences and repeat visits. By clicking “Accept”, you consent to the use of ALL the cookies.
Cookie settingsACCEPT
Manage consent